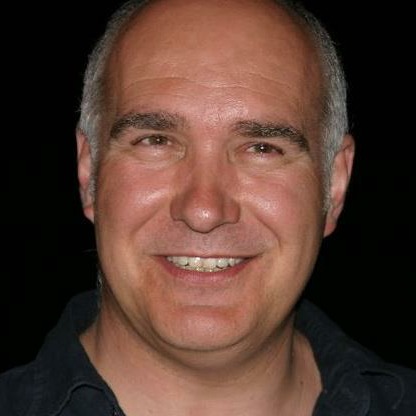 Chris Ellis was born into a very musical family, and grew up in Norfolk. He began playing Trumpet at age 10, at which he excelled, and after beginning High School, joined the school brass band and soon became Principal Cornet. Whilst at school he studied Trumpet, Piano and music theory, before entering the Army as a musician.

After his two year Junior Musician training, and having added String Bass to his other musical skills, Chris joined the Royal Engineers Band in Camberley Surrey.

Chris spent 19 years with the Royal Engineers, 17 years as Principal Cornet, and progressed through the ranks to Band Sergeant Major. During his time with the band he visited countries across the world, and played at many prestigious royal and civil events. His final post in the Army was as the Senior Band Sergeant Major of the British Army, when he was stationed at Kneller Hall, the Royal Military School of Music.

After leaving the Army, Chris became Head of Music at two large High Schools in Norfolk, and has directed many major musical productions. He became the Director of the Hunstanton and District Festival of Arts, and Musical Director of the Kings Lynn Operatic and Dramatic Society. He performs on Trumpet and String Bass in many orchestras and bands, including the Norwich Pops Orchestra.

Chris studied musical composition and arranging, and has written extensively for Wind Band and Brass Band, as well as numerous pieces for educational use. He has composed several works for landmark events, notably the Queens Jubilee and the London Olympics.