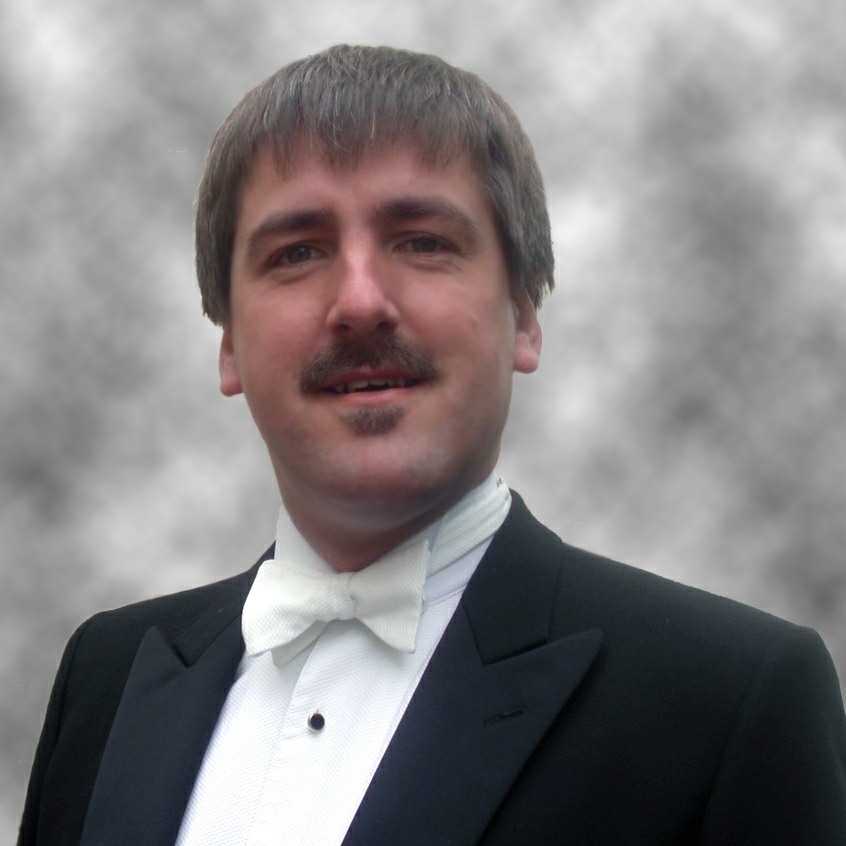 David began his career at the Royal Military School of Music and after leaving HM Coldstream Guards furthered his studies in London and Boston. He has worked with several leading  Orchestras including The City of Birmingham Symphony Orchestra under Sir Simon Rattle, and the Royal Liverpool Philharmonic Orchestra.

As a composer David was commissioned to compose and arrange for a 120 piece Wind Orchestra for the Millennium Festival at the National Indoor Arena, Birmingham. Subsequently, with funds provided by the National Lottery and Arts Council, he also composed a new concert work for Woodwind, Brass and Percussion.

Other Commissions include compositions for the City of Birmingham Choir Festival held in Symphony Hall Birmingham, Music for Her Majesty the Queen and for the inauguration of the Bishop of Worcester, (commissioned by the Royal College of Church Music). Most recently, David has completed a major Ballet score for the renowned ‘Danse Noir’ company.

Following an opportunity to score a dramatic production of ‘The Lake’ in the US, David additionally  worked as a composer on many television and radio productions including ‘A Christmas Carol’ , ‘The Letter’, ‘Anne Boleyn’, ‘All Talk’, ‘Out of Time’, ‘Unbeliever’ and  ‘The Snow Crystal’. He won a Queen’s award for Television for ‘Best Original Score’ for ‘Icebound’. Commissions also include music for the TV series `The Witches’ and ‘Listen Closely’.

In the Brass Band world David is much in demand as a professional conductor. He has conducted many top flight and Championship section bands that include the GUS Band, Black Dyke Mills Band, Brighouse and Rastrick Band and Grimethorpe Colliery Band as well as helping numerous bands advance in competition.